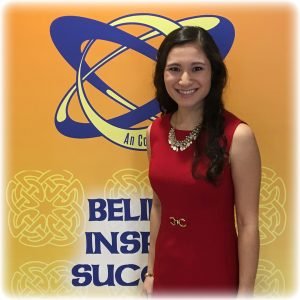 Shannon Foley Dilles TCRG is the owner and director of Foley Academy of Irish Dance, LLC. She opened her dance school to help promote and preserve the teaching and learning of traditional Irish Step Dancing and Ceili Dancing in the Northern Virginia area.

Shannon first saw Irish Dancing at the age of 9 at an Irish Festival in Old Town Alexandria. She was captivated by the dance form and immediately started Irish Dance classes. She began with the Donnelly School of Irish Dance in Vienna, VA and later continued instruction under the Maple Academy. From her very first dance class, Shannon became passionate about Irish Dance and dreamed of becoming an Irish Dance instructor.

While taking lessons, Shannon performed on television stations, at Irish Festivals, nursing homes, and International festivals. In addition, she performed with many well-known Irish bands, including The Chieftains, Scythian, Carbon Leaf, and We Banjo 3. During her competitive career, Shannon advanced through all competition levels. She reached the highest level, Open Championship, by the age of 16. For both Solos and Teams (Ceili), she has competed in Féiseanna throughout the Southern, Mid-Atlantic, and Mid-America Regions, as well as the Southern Region Oireachtas, the North American Irish Dance Championships, and the World Irish Dance Championships.

In 2016, Shannon retired from competitive dancing to prepare to become a certified Irish Dance teacher with the CLRG (the Irish Dance Commission). Shannon received her TCRG certification in 2017 and pursued her dream of opening her own Irish Dance School in Northern Virginia, specifically Reston.

Outside of Irish Dance, Shannon graduated from George Mason University in 2010 with a Bachelor’s degree in English. She continued at GMU and in 2014 received her Master’s in English for Professional Writing and Editing.

All Foley Academy Instructors are fully vetted to work with children through An Coimisiun le Rince Gaelacha (CLRG) and SafeSport trained and certified.

All classes located at the Foley Academy Dance Studio:

Foley Academy would love to be a part of your event! We are available for many types of performances, including weddings, festivals, nursing homes, parades, school events, fundraisers, anniversary celebrations, and much more!

Please send your performance request to shannon@foleyirishdance.com or call 703-375-9369. We will be in touch to understand how we can best meet your entertainment requirements.

We are proud to be part of the local Reston community. Keep a lookout for us at local Library Performances, Reston Founder’s day, the Reston Holiday Parade. We have performed from Reston Station to Lake Anne Plaza and everywhere between. We support local news site The Patch and the Reston Chamber of Commerce.